The journey begins in the Jordanian capital Amman, which rests on the ruins of ancient Philadelphia – during the Roman Empire an important trade and cultural center in the region. Amman is very rich in ancient remains from the period under Roman rule, but there is also much else to see and discover in the city! After seeing Amman’s main sights, we head south towards the abandoned rock city of Petra, a completely unique world heritage site designated as one of the “seven new wonders of the world”. The journey continues through the fascinating desert area Wadi Rum with its red sand and multicolored sandstone and granite cliffs. We make a stop during the journey and visit Jordan’s main sights before reaching the salt lake Dead Sea, located at the lowest point on earth more than 400 meters below sea level. 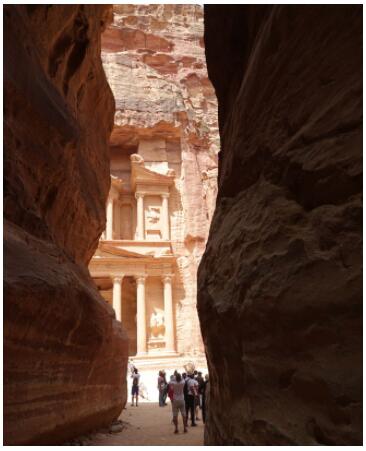 Day 1: Flight to Amman, Jordan’s capital
Meals are included on the long-haul flight. Upon arrival in Amman, our local representative will meet us at the airport. Transfer to the hotel. Overnight in Amman.

Day 2: Amman
After breakfast, a city tour awaits, during which we visit the ruins of a Roman amphitheater and the so-called “Citadel” located on Amman’s highest peak with a nice view of the countryside. Here you will find the ruins of the ancient Temple of Hercules and the Umayyad Palace, which was built in the early 700s as a residence for the city’s governor. The tour also includes visits to the Jordan Archaeological Museum and the Jordan Folklore Museum. After that, there is also some time to explore Amman’s older city districts on your own. Overnight in Amman. (Breakfast, lunch and dinner.)

Day 3: Amman – Jerash – Um Quais – Amman
After breakfast we travel north to visit two famous archeological sites in the area that under Roman rule was called Decapolis. In the Hellenic-Roman ruined city of Jerash, also known as the “Pompeii of the East”, we see the well-preserved remains of the ancient horse race track, the city forum with its beautiful columns, the Southern Theater amphitheater, the Temple of Zeus, the Temple of Artemis, Cardo Maximus and the city walls. In Um Quais (Gadara) we visit other significant relics from antiquity, including the city’s aqueduct, the city wall and the column – edged main street where you can still sense the wear and tear of the wagon wheels on the paving stones. In addition to the fantastic ancient monuments, Um Quais offers a fantastic panoramic view of the Sea of ​​Galilee (Lake Galilee). Overnight in Amman. (Breakfast, lunch and dinner.)

Day 4: Amman – Nebo – Madaba – Petra
After breakfast we leave Amman and head south. During the journey we make an excursion to Mount Nebo which is mentioned in the book of Deuteronomy as the summit from which Moses according to tradition must have seen the promised land of Canaan. After getting a beautiful view of the countryside, we move on to the next stop, the city of Madaba just south of the mountain. Here we visit the Greek Orthodox basilica where in the late 19th century the mosaic map from the 5th century that originally covered the basilica floor was discovered. The Byzantine mosaic map consists of two million stones in different shades of color and depicts the distribution of what was then Palestine, from Alexandria in Egypt to what is today southern Lebanon. In the late afternoon we arrive at today’s final destination Petra. Overnight in Petra. (Breakfast, lunch and dinner.)

Day 5: Petra – Wadi Rum
After breakfast, we explore the rock city of Petra, this fascinating world heritage site that has been named one of the “Seven New Wonders of the World”. The today abandoned city experienced its heyday just before our era when the city was an important trading hub along the caravan roads. The beautiful buildings are carved out of pink sandstone cliffs and are a fantastic sight. When the city was rediscovered in the early 19th century, it became a world sensation. In the afternoon we go to Wadi Rum with one of the most spectacular desert landscapes in the world. We get to experience the pink and orange-changing landscape with its incredible rock formations from our desert jeeps – it’s no wonder that many Hollywood films were shot here! During the evening we see how the sun goes down over the dunes before we spend the night in a Bedouin tent camp. (Breakfast, lunch and dinner)

Day 6: Wadi Rum – Dead Sea
After breakfast we travel to the salt lake Dead Sea with a salinity of close to 34 percent. The water surface is more than 400 meters below sea level, which is why the beach at the Dead Sea is the lowest point on earth. During the journey, we stop at the Jordan River to visit the place where Jesus was traditionally baptized by John the Baptist. Arriving at the Dead Sea, anyone who wants to take the opportunity can take a dip. The high salinity makes you float like a cork! Overnight at hotel by the Dead Sea. (Breakfast, lunch and dinner)

Day 7: Dead Sea
Spend the day sunbathing and swimming on the salty shores of the Dead Sea! Overnight in the Dead Sea. (Breakfast, lunch and dinner)

Day 8: Arrival in Sweden
Transfer to the airport. We are expected to be back in Sweden at lunchtime. Meals are included on board the long-haul flight. 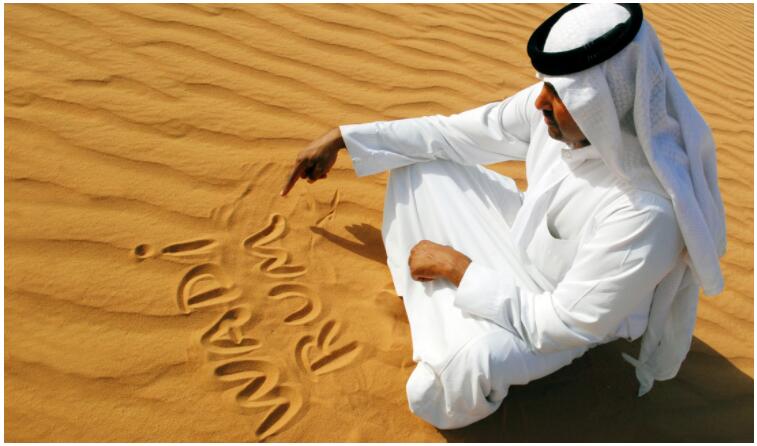