In Croatia, abbreviated as HRV by Abbreviationfinder, free elections are held regularly, and civil and political rights are generally well respected. However, corruption is widespread, minorities are subject to discrimination and there are increasing authoritarian and anti-democratic tendencies.

Power has shifted between the two leading parties since 2000 and the political opposition can act freely. Fundamental rights such as freedom of assembly and organization prevail. Strengthened democratic institutions and judicial reform were preconditions for EU membership that became reality in 2013. However, several of the corruption targets that were an important part of EU alignment failed after entry (see below).

In rankings of political and civil liberties and the rule of law, Croatia gets a better ranking than other countries in former Yugoslavia with the exception of Slovenia, which is much better. Among EU members, Croatia is in the lower tier along with some other Eastern European countries, such as Hungary and Romania. In Transparency International’s ranking of countries by levels of corruption, Croatia is ranked 63 out of 180 (for the full ranking list see here).

The picture has darkened somewhat recently when unhealthy links between the political elite and business interests have been revealed. The government and the president are also accused of tolerating and even encouraging right-wing nationalist statements. Croatian nationalists are trying, among other things, to restore symbols and slogans that link to the fascist Ustašar regime during the Second World War (see Modern History) and protests occur against Cyrillic writing, which is used for the minority language Serbian (see Calendar). Both Serbs and Jews have boycotted memorial ceremonies for the victims of the Holocaust, on the grounds that the government supports historical revisionism regarding the Second World War.

According to the Constitution, Croatia is to maintain respect for human rights and the protection of minorities. However, the country is criticized by, among others, human rights organizations for discriminating against Serbs and other ethnic minorities. Among vulnerable groups are also LGBTQ persons (see also Population and languages and Social conditions). Croatia is also criticized for inadequate handling of refugees and asylum seekers.

Freedom of speech and freedom of expression are guaranteed in the Croatian constitution, but political pressures against journalists and some pure threats exist nonetheless. Journalists can be sentenced to prison for defamation and “slander” by the republic, the national anthem and the flag. In Reporters Without Borders index of freedom of the press in 180 countries, Croatia ranks 59th – just after Bosnia-Herzegovina and significantly worse than Slovenia, at position 32 (for the full list see here).

The freedom of the media is considerably greater than in previous years of censorship and pressure – first under Yugoslav, then under nationalist Croatian regimes. But in early 2019, the journalist association organized a major protest against what was perceived as increased pressure on media representatives (see Calendar).

Since 2013, “humiliating” content can also lead to prosecution. The following year, a journalist was fined for reporting that a private health clinic was heavily indebted and risking bankruptcy, despite receiving large government grants. The information was not inaccurate, but the company felt that it had been “pampered”.

Threats have been particularly targeted at journalists reporting on organized crime and corruption. One of the country’s most renowned journalists, Drago Hedl, has been subjected to death threats since he wrote about war crimes committed during the 1990s war. The editor of the political magazine Nacional was killed by a car bomb in Zagreb in 2008, after becoming known for journalism about corruption and organized crime. The magazine’s marketing manager also died in the attack, for which six people were later sentenced to long prison terms.

The independence of the judiciary is generally respected. Recently, however, concerns have been expressed that courts are increasingly inclined to follow right-wing nationalist reasoning and, for example, tear down old convictions for war crimes committed during the Second World War. The legal apparatus, by the way, works relatively well even though there are shortcomings in the similarity before the law – the one who has financial and political resources can do better than the one without the means.

The police are accused of violence against migrants and asylum seekers, especially at the border with Serbia. Prison conditions are substandard due to overcrowding and lack of medical care.

In addition to the reform of the judiciary, among the demands that the EU set for Croatia’s accession to the Union, fighting against corruption and organized crime was also high on the agenda. Legal processes have also been directed at people in the absolute social peaks. But the efficiency and legitimacy of the courts have come into question as several notable cases have been rejected by the Constitutional Court, which cited deficiencies in the process. This applies not least to judgments in a major corruption incident involving the ruling party HDZ and several high-ranking party representatives, including former Prime Minister Ivo Sanader.

Sanader took over as party leader for HDZ after founder Franjo Tuđman’s death and became prime minister in 2003, when HDZ regained power from the Social Democrats. He suddenly resigned in the summer of 2009, without giving any explanation. Six months later, he was expelled from HDZ after trying to regain his position in the party. Corruption allegations were heard more and more and by the end of 2010, Sanader was deprived of the prosecution immunity he had as a Member of Parliament. He then quickly left the country but was arrested in Austria and extradited to his home country where he was charged with shooting himself in the civil war, abusing his position and receiving millions in bribes. In two convictions, 2012 and 2014, Sanader and several high-profile former HDZ members were sentenced to long prison terms. But in 2015, the Constitutional Court overturned both judgments citing procedural errors, and Sanader was released on trial after three years in prison. The trials had to be redone. In the fall of 2018 and spring of 2019 he was sentenced again, first to 2.5 years in prison and then to 6 years.

For a long time, Croatia was considered to be in breach of its cooperation with the United Nations Criminal Tribunal for Former Yugoslavia (ICTY), in particular as regards the requirement to arrest former Ante Gotovina. He was the third most wanted on the list after the war in the Balkans. Gotovina, regarded by many Croats as a war hero, was eventually arrested in the Canary Islands in 2005 and transferred to the UN General Court in The Hague. Gotovina and another general, Mladen Markač, were sentenced in April 2011 to long prison terms while a third general, Ivan Čermak, was released. In November 2012, a higher authority in ICTY also acquitted Gotovina and Markač, and they returned to cheering crowds in Zagreb (see also Foreign Policy and Defense). Most of the 161 cases ICTY pursued before the court closed down in 2017 concerned Bosnia, only a dozen people being prosecuted for war crimes in Croatia. Half of them were Croatian Serbs and half were “ethnic Croats”.

Now it is up to the Croatian judiciary to investigate suspected war crimes. The country has been criticized for its slow progress, and for relatively few trials to be carried out against suspected war criminals with ethnic Croatian backgrounds. The more trials have been held against Croatian Serbs, though many of them are being tried in their absence. Croatia has also been criticized for slowness in identifying survivors of the victims of the war, and with damages to survivors and their relatives.

The first time a leading Croatian politician was convicted of abusing Croatians was 2009, when former army general Branimir Glavaš was sentenced to prison for war crimes against civilian Serbs at the beginning of the war. The verdict was eventually rejected for procedural reasons and was revoked in 2016, but after various legal trips a new trial began in June 2019. Meanwhile, Branimir Glavaš has continued to be politically active. He is one of the original founders of the HDZ ruling party, but later formed the right-wing party HDSSB and is its only MP. 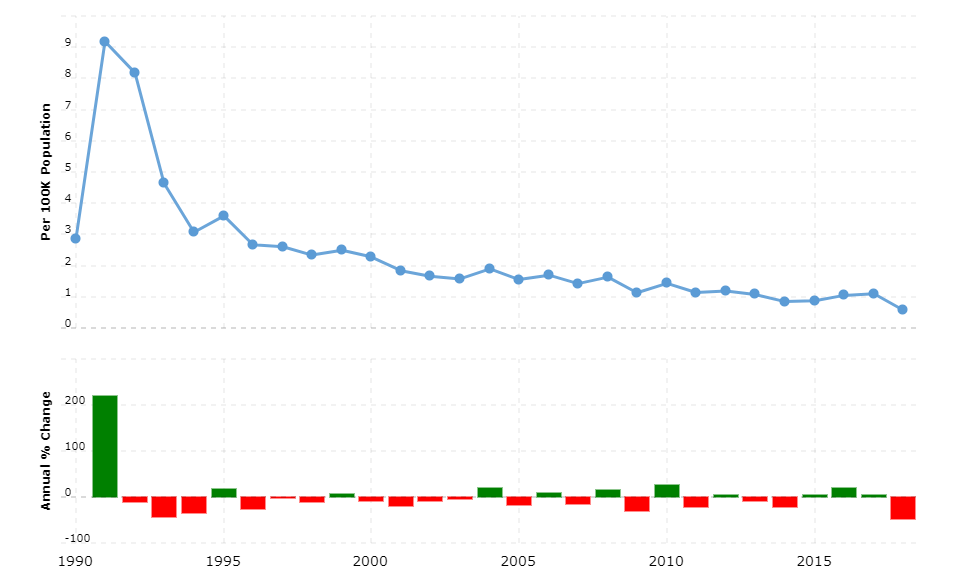