The most western of the British Isles, located to the west of England. It is separated from it by the Irish Sea, the Northern channel and the Saint George channel. Politically, the island is divided into Northern Ireland (belonging to the United Kingdom) and the Republic of Ireland.

Very little is known about its inhabitants before the 4th century AD (it was not part of the Roman Empire). At that time, Irish tribes (Scots) ravaged England until the time of Loigare or the reign of King MacNeill (428-463), during which St. Patrick sought to convert the natives to Christianity.

The Anglo-Norman conquest of the island was initiated by King Henry II of England as a concession from Pope Hadrian IV (1155). The breakdown of the monasteries began in 1537, when Henry VIII sought to introduce the Reformation into Ireland.

Under the reign of Elizabeth I and James I, the power of the Anglican Church extended to Ireland as an instrument of political control. The Irish Parliament’s independence disappeared with the creation, in Northern Ireland, of 40 new municipalities made up of small villages. This political maneuver secured the English Crown a permanent majority. Since then, the history of Ireland has been linked to that of England, not without resistance, mainly from the Catholic party.

According to loverists, Ireland was an independent kingdom until 1800, when British Prime Minister William Pitt designed the legislative union of England and Ireland and induced the Irish Parliament to accept the Union Act. After the union the struggle for political and religious freedom began and the separation from England. In 1823 the Catholic Association was founded, which claimed and finally achieved complete Catholic emancipation in Ireland. 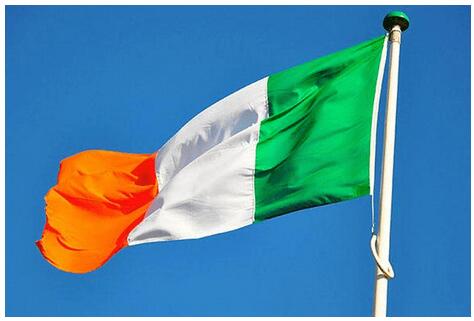 When we refer to the British Isles, we are referring to the United Kingdom and the Republic of Ireland.

COMMONWEALTH, or community of nations, brings together the United Kingdom, Canada, Australia, New Zealand, South Africa, Pakistan, India and others with a total of 51 countries. Everyone recognizes Queen Elizabeth II as the head of the confederation. This community promotes commercial and economic exchanges, diplomatic relations and traces of information among the members.

Until the beginning of the 20th century, England remained the controller of the world economy, then the multipolar order gave way, which after the second war gave rise to the bipolar order, which ended with the fall of the Soviet Union in 1991.

England’s industry has been stagnant for many decades, but today it seeks to adapt to the new market rules, thus becoming part of the European Union (EU), the powerful European common market.

The highlights are for the automotive, aeronautics, naval, naval, steel and textile industries.

Agriculture accounts for only 2% of GDP. In primary activities, livestock and fishing stand out. Sheep breeding supplies the textile market, which was a pioneer in the process of industrial revolution.

PARTICIPATION IN THE ECONOMY