The democratic deficiencies are great in Montenegro where one person, Milo Ðukanović, has dominated politics for over a quarter of a century and gathered more and more power around his person and his inner circle. Montenegro is counted among the European countries where respect for freedom of the press is the worst.

There are many political parties in Montenegro and elections are held regularly. They are fairly approved by international election observers, even though there are accusations of cheating. The opposition is weak and divided and has not been able to challenge the dominant Socialist Party. The government is often accused of using state funds for party political purposes, which undermines the lack of confidence in democracy. According to Freedom House, the government regularly calls any political activity it dislikes for threats to the state or public order. Organized crime is considered to have links with the highest political leadership.

A Montenegrin organization, Mans, accuses the government of having “bought” several mandates in the 2016 election with the help of tax or debt relief. Employees in both the public sector and companies with links to the state are often subjected to pressure to vote on the government. Marginalized electoral groups, such as the Roma, are often exposed to purely voting initiatives.

In connection with the elections, what was said to be a coup attempt and terrorist attack, orchestrated by Serbian and Russian interests, was also implemented (see Current Policy). The opposition claims that the government was behind the incident in order to strengthen its position and reduce voter turnout.

Former Prime Minister Milo Ðukanović has been president since 2018 and is considered to exceed his constitutional role as chief ceremonial head of state (see Political system). Montenegro is much like the neighboring countries in comparisons of political and civil rights. The Economist Intelligence Unit classifies it as a “hybrid regime”, the second worst of four categories into which countries are divided on the basis of political and civil rights.

In Freedom House’s division of the world’s countries into three categories based on freedom criteria, Montengro has been in the middle category “partly free countries” since 2016, having previously been ranked as free. In a separate compilation by Freedom Houses about the development of 29 “transitional countries” in the former Eastern bloc, Montenegro fell in 2020 to the third of five categories used here, to the hybrid regime group.

Corruption, brother-in-law and clientelism are common, although some efforts are being made to rectify the phenomenon, not least as a result of pressure from the EU. A new anti-corruption authority was established in 2016, but it has been criticized for lack of independence.

Transparency International’s ranking of countries by levels of corruption places Montenegro in 66 of 180 countries. It is a relatively good location compared to the neighboring countries and very close to the EU member Croatia in 63rd place (the whole list is here).

Freedom of the press and expression is guaranteed in the constitution, but the holders of power still have a great influence over what is to be published and transmitted. There are no restrictions on access to electronic media, but there are indications that the authorities are intercepting many citizens without permission.

Abbreviated as MNE by Abbreviationfinder, Montenegro is ranked 105 out of 180 countries in Reporters Without Borders Press Freedom Index. It is the worst ranking of all the former Yugoslav republics, despite a slight improvement over the previous years (for the full list see here).

It appears that the government financially favors media that supports it and, on the contrary, punishes those who criticize it, which contributes to self-censorship. Non-profit organizations that work with rights issues are often exposed by dirt-fighting campaigns in government-run media.

In recent years, a number of uncomfortable journalists have been attacked and harassed and it has been difficult for them to get justice in court. In the spring of 2018, a journalist was shot and several others were exposed to car bombs (see the calendar here and here). During the large demonstrations against the government in the autumn of 2015 (see here) several journalists were attacked and threatened and a media company had their premises destroyed. Many also believe that the authorities were behind the 2004 unresolved murder of Duško Jovanović, editor-in-chief of the opposition newspaper Dan. Other attacks on journalists have also remained unresolved.

The judiciary is independent of the paper, but it is obvious that the politicians, when it suits them, have been able to exert pressure on the courts. As a result of Montenegro’s membership negotiations with the EU, the Union has called for vigorous measures to improve the rule of law in the country and to deal with widespread corruption at all levels as well as with organized crime.

Small steps have been taken, such as the establishment of an anti-corruption agency in early 2016, and several high-ranking politicians have been brought to trial. Furthermore, in the summer of the same year, the state prosecutor set up a special force against the armed violence between rival drug gangs, including in the city of Kotor, which is important for tourism. However, much remains to be done.

Legal processes are often drawn out and bureaucratic. Many have been detained for a long time during the police’s slow investigations. The courts have scarce resources and are often overloaded. The conditions in the prisons are unsatisfactory with, among other things, poor medical care. There are reports that prison guards are abusing prisoners. 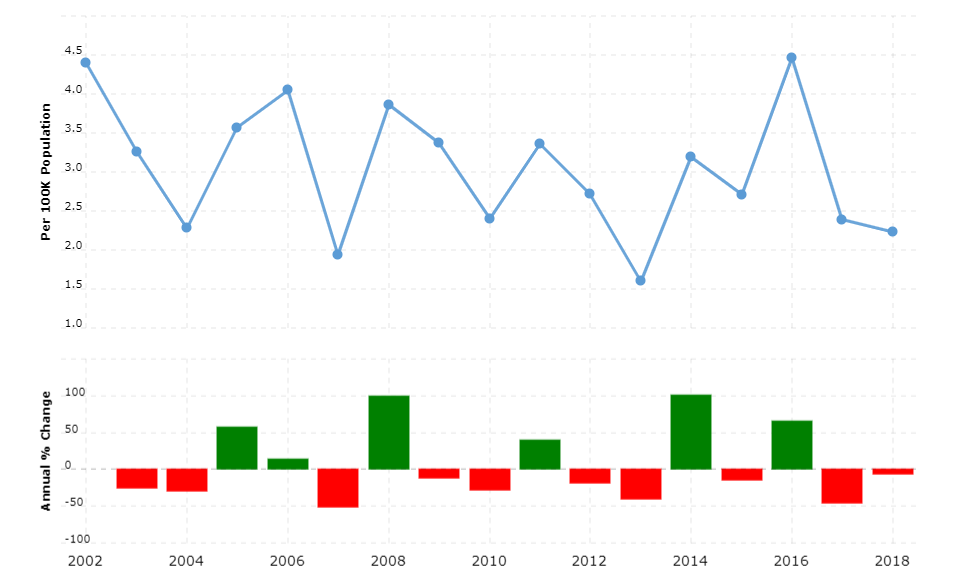