Abbreviated as NER by Abbreviationfinder, Niger’s constitution stipulates that free elections should be held and that freedom of press and expression should be respected. In recent years, however, the democratic situation in the country has deteriorated rapidly.

According to Freedom House, Niger is only considered a partly free country and the trend is downward. The first few years after the transition to democracy in 2011 were characterized by efforts to bring new groups into the political process. Subsequently, the contradictions and the political climate increased (see Current policy).

According to the law, political parties should be able to act freely, but the opposition is countered by restrictions on freedom of assembly and through the countries of captivity by opposition politicians. A few months before the 2016 election, Hama Amadou, leader of the largest opposition party, was arrested. He was charged with trafficking in human beings and had to run his election campaign from a prison. The opposition partly boycotted the election, which according to international observers was characterized by a number of irregularities.

The presence and actions of armed groups in parts of Niger have exacerbated the security situation and thus the situation of human rights, democracy and the rule of law. The social institutions do not reach far outside the cities. Parts of Niger are lawless land and prey for criminal gangs, human traffickers and violent Islamist movements such as Boko Haram moving across borders. Information on forced disappearances and arbitrary detention by security forces in the fight against terrorism is available.

According to the constitution, all citizens should have the same opportunity to participate in political processes. A quarter of the ministerial posts should go to women and women should make up at least a tenth of the MPs. In practice, women are severely under-represented and quotas are not respected.

According to a law from 2017, biometric information, such as fingerprints, is to be collected from the entire population to improve the identification of voters in elections. Since only one in five residents have identity documents, this can be a challenge. The system is also criticized by the opposition, which fears that the government in this way will gain greater control over the elections in 2021.

The corruption in Niger is widespread. In 2019, Transparency International placed the country number 120 out of 180 countries in its index of corruption in the world (see the full list here). That meant a huge recovery from 2018 when Niger was placed as 134. By then, the country had fallen by 30 investments since 2016.

In 2017, the corruption scandal broke out at Uraniumgate, which reached all the way up to the government level. The press reported that $ 320 million, which would have gone to the state, disappeared in the sale of uranium in 2011. An investigation resulted in the dismissal of some government officials. The result was criticized by the opposition.

After the 2010 military coup, several measures were taken to strengthen freedom of the press. For example, the advocacy laws that were used by power holders to send journalists to prison were abolished. However, there are still arrests of journalists and arbitrary media closures.

For a number of years in the 2010s, Niger lost several positions in Reporters Without Borders Press Freedom Index. 2020 came a turn when the country was ranked 57 out of 180 countries (see the full list here), an improvement with nine placements compared to 2019.

The state also controls the media with financial means. Privately owned media must pay a special tax, which makes it more difficult to operate and start new private media companies. Unpaid taxes are used by the state as an argument to shut down malicious media. In addition, the state is the largest advertiser in the media and usually chooses to advertise in its own channels. The government has so far failed to increase access to advertising for the privately owned media, which would enable them to become more financially independent.

The judiciary should be independent of the state powers, but there is information about the political influence of the government in some legal cases. In addition to the formal judicial system, there is an informal judicial system that deals with family law issues. This is largely based on Islamic Sharia law.

A lack of resources means that detained people are forced to wait a long time for a trial – sometimes for many years – and the prisons are overcrowded. The police lack sufficient training and equipment to be able to do their job. The death penalty can be imposed but no execution has been carried out since the 1970s. 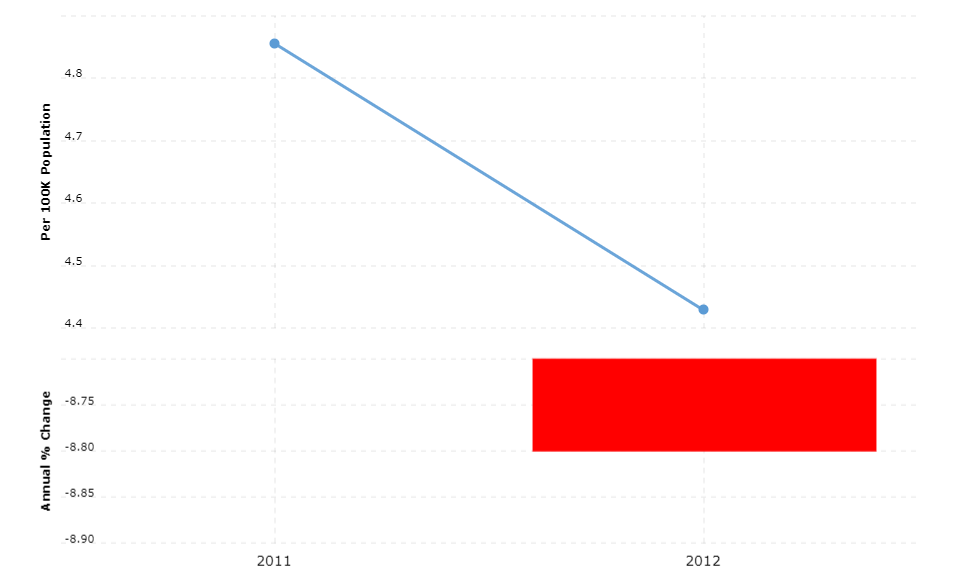