In Serbia, abbreviated as SRB by Abbreviationfinder, political parties with different ideological grounds have been able to participate in relatively free elections since the 1990s. For a long time, the country seemed to be undergoing democratization. But in recent years, development has reversed and Serbia is now being identified as a country where political and civil rights are being eroded, and opposition, civil society and the media are increasingly under pressure.

The negative development led to Freedom House 2018 lowering its valuation of Serbia, leaving the country in the “partly free countries” category. It is the first time in a decade that Serbia is not classified among the free countries which, according to the organization’s way of calculating, covers over 40 percent of the world’s countries. The case for Serbia was about as large as that in severely crisis-hit countries such as Venezuela and Nicaragua. In Freedom House’s annual report on developments in 29 “transitional countries” in the former Eastern bloc, Serbia 2020 fell to the third of five categories used here, to the hybrid regime group.

The downgrading is due to deteriorating conditions in political elections and continued attempts by the government and allied media to undermine independent journalism through harassment and dirt-throwing campaigns. In addition, Aleksandar Vučić is accused of attaching power to his person and exceeding his constitutional role since becoming President in 2017 (see Political system).

On Transparency International’s (TI) list of corruption in the world, Serbia is ranked 91 out of 180 countries. At TI, too, the result is declining, and roughly comparable to Bosnia and Kosovo (for the full list see here).

Freedom of speech and press is guaranteed in the constitution, but the independence and diversity of the media is limited by political interference, economic dependence and self-censorship of journalists. On Reporters Without Borders’ ranking list of freedom of the press in the world countries, Serbia 2020 came in at 93 out of 180 – a substantial drop from place 76 two years earlier (the entire list is here).

The media climate has deteriorated following Aleksandar Vučić’s take-over as prime minister in 2014. Media criticizing the regime can be publicly attacked and accused of “trying to create chaos in the country” or “overthrow the government” and they are often subjected to arbitrary inspections by the authorities. Government representatives expose individual journalists to threats, harassment and physical violence. Dirt-throwing campaigns have become commonplace. One result of this is that the number of investigative journalists has decreased and that many media channels only focus on uncontroversial entertainment.

During Slobodan Milošević’s time in power (1987–2000), the regime was mainly utilized by the regime to promote Serbian nationalism. The press was free for a long time; it was more harmless to the regime than the etheric media as few people could afford to buy newspapers. In connection with the war in Kosovo, a repressive media law was introduced in 1998. Many media were closed or fined and journalists were imprisoned or even murdered. Independent media played an active role in Milošević’s fall and the regime change in the autumn of 2000 meant a more open media climate. Many media changed their feet overnight, but some journalists maintained an uncritical stance on those in power.

Freedom of expression prevails on the internet, but some control can still exist.

The judicial system is formally independent, but the legal security is still drawn with great flaws. It has been difficult to rectify the widespread corruption in the judiciary as well as the ties to the government. Many judges have reported on external pressure. Politicians often make judgments about legal issues, even in current cases or in issues that are investigated in the media.

Conditions in prisons are poor. Many facilities are overcrowded and it is common for prosecutors to wait a long time for trial, because the work in the courts is ineffective.

In World Justice Project’s comparison of the rule of law in 126 countries, Serbia is ranked by comparable states in the region (although Kosovo and Montenegro were not included in the survey).

During the wars of the early 1990s, the United Nations set up a special war crimes tribunal for the former Yugoslavia (ICTY), based in The Hague. The attitude of the court, which was active from 1993 to 2017, was long hostile in Belgrade. However, after Slobodan Milošević’s case, Serbia chose to cooperate fully with the court, as a result of demands from the EU and the US (see also Modern History). Milošević was extradited to The Hague as early as 2001, but died in 2006 before the trial against him ended.

The majority of ICTY’s targets concerned the war in Bosnia, and of the 161 people charged, the majority were ethnic Serbs. Bosnian Serb leaders Radovan Karadžić and Ratko Mladić were both arrested in Serbia, 2008 and 2011. Both were taken to The Hague and eventually sentenced to life imprisonment.

A further number of people were extradited from Serbia to The Hague, and several were sentenced to prison while some were acquitted. Milan Milutinović, who was the president of Serbia from 1997 to 2002, surrendered himself to the tribunal which accused him of abuse committed in Kosovo, but he was eventually acquitted. Former Deputy Prime Minister and founder of the extremist Nationalist Party SRS Vojislav Šešelj (see Political system) was detained in The Hague for 13 years before he was acquitted. A superior to ICTY changed his sentence in 2018 and sentenced him to ten years in prison, but found that he had already served the sentence through his long detention.

It is intended that trials against lower-level war criminals will be carried out in Serbia, but few convictions have been sentenced in recent years. 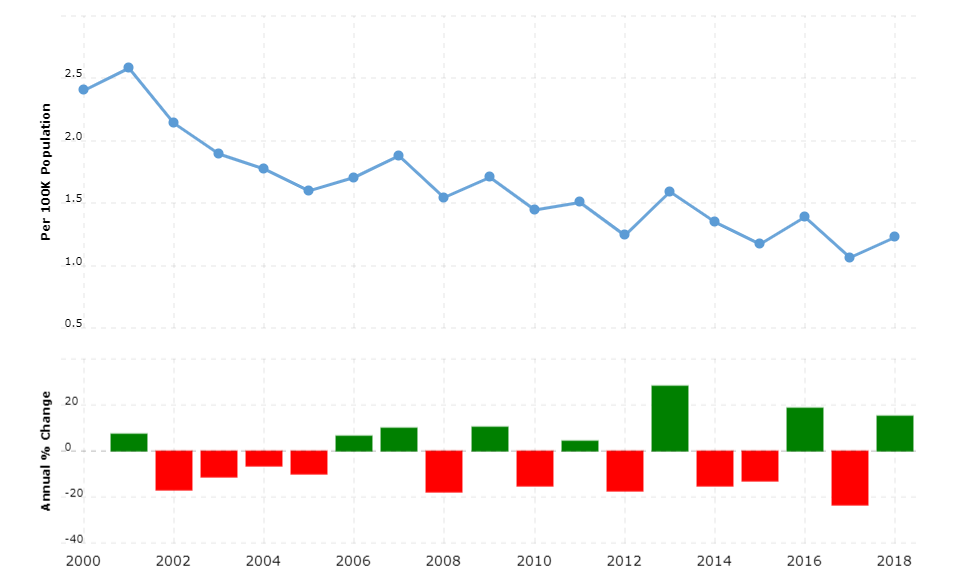 Breakdown in the Kosovo talks

Judge of the Đinđić murder

Twelve people, including members of a special police force, are sentenced for the 2003 assassination of Serbian Prime Minister Zoran Đinđić.

Former Finnish President Martti Ahtisaari presents a plan for how Kosovo should be governed with independence as the ultimate goal. The plan is rejected by the Serbs but welcomed by the Kosovo Albanians.

Election success for the nationalists

In the first parliamentary elections in independent Serbia, the Ultranationalist Radical Party (SRS) has great success and becomes the largest single party in the People’s Assembly, with 29 percent of the vote. Only in May can a new government be formed when a series of reform-friendly parties come together under the leadership of Prime Minister Vojislav Koštunica. The government includes a newly created post as Minister of Kosovo.

Serbia is adopted (together with Montenegro and Bosnia and Herzegovina) as a member of NATO’s Partnership for Peace (PFF) program, although several suspected war criminals have not yet been arrested.

In a referendum, the Serbs approve a new constitution, declaring Kosovo to be an insoluble part of Serbia. The vote is boycotted by Kosovo’s Albanian majority.

The Union of Serbia-Montenegro then dissolved a majority of Montenegrins in a referendum the month before saying yes to independence. Soon after Montenegro’s declaration of independence, Serbia also proclaims itself as an independent state and is allowed to take over the Union’s seats in international bodies such as the UN etc.

Slobodan Milošević is found dead in his cell in The Hague, where he was charged with the International Criminal Tribunal for Former Yugoslavia (ICTY). The cause of death is determined to be myocardial infarction. Milošević was the leader of Serbia first and then Yugoslavia between 1987 and 2000.