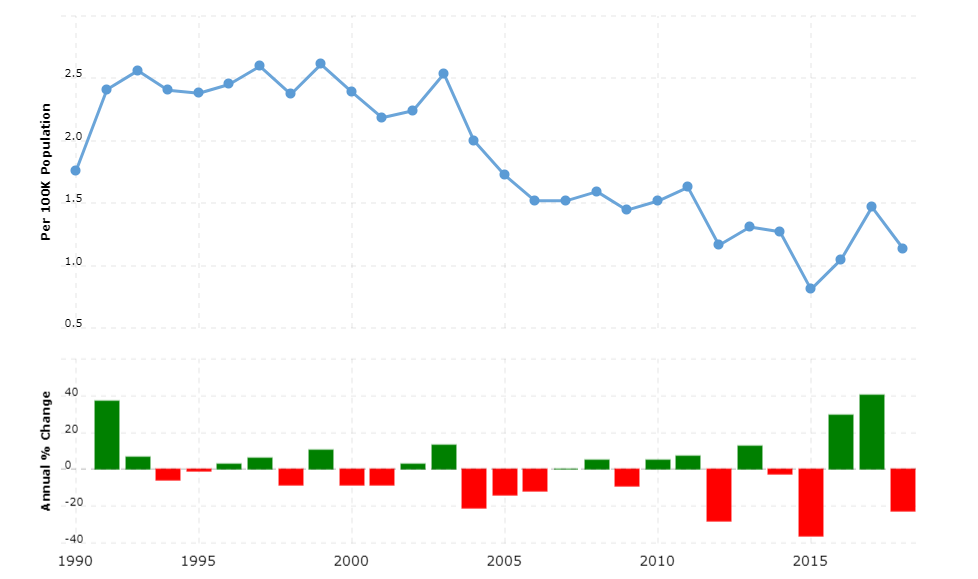 Mediator in the journalist murder admits

One of the five people charged with the murder of journalist Ján Kuciak in February 2018 agrees to a settlement and accepts a prison sentence of 15 years. Pizza owner Zoltán Andruskó admits he acted as an intermediary between businessman Marián Kočner who allegedly ordered the murder and the man who shot Kuciak. Andruskó must have given the shooter the assignment at the request of Alena Zsuzsová who worked for Kočner. Andruskó will testify in the trial of the other four, which begins in January. The police investigation has revealed that Kočner had an extensive e-mail exchange with senior officials and members of the government, including Monika Jankovská who was forced to resign as Deputy Minister of Justice in September.

Prohibition of opinion polls is lifted

Capital cities want their own channel to the EU

The EU-positive mayors in four European capitals sign a joint declaration, which states that they should seek direct cooperation with the EU, as their countries are governed by EU-critical parties. Behind this “free cities pact” are the rulers of Budapest, Warsaw, Prague and Bratislava. At the intergovernmental level, Hungary, Poland, the Czech Republic and Slovakia have their own cooperation forum called the Visegrád Group, which was formed before becoming EU member states. Several of the governments are now involved in the EU’s tributaries, which consider that the government parties do not respect basic legal and democratic values.

The plans for a tightened abortion law go unnoticed when Parliament votes down a proposal that would have made it criminal to advocate for abortion. According to the proposal, measures would be taken to force women who were considering abortion to change. Doctors would have been required to perform ultrasound on women who wanted an abortion, show them pictures of the fetus and “if possible” play the fetal heart sounds. 59 members voted for the proposal, while most of the other 91 members abstained.

New no to convention to protect women

The Slovak Parliament reinforces its opposition to the Istanbul Convention, which aims to stop and prevent violence against women. In March, Parliament voted against ratifying the Convention, which most other EU countries have approved. The Convention describes gender as a social construct, which the majority of MEPs believe is incompatible with the Slovak Constitution’s definition of marriage as a union between man and woman. Parliament is now voting on a proposal from nationalist MPs calling on the government to try to prevent the EU from implementing the obligations of the Convention which are not in line with Slovak law.

Parliament Speaker Andrej Danko announces that elections to Parliament will be held on February 29, 2020. According to recent polls, it appears that the incumbent coalition will have difficulty retaining its majority in parliament while prosecuting right-wing populists and left-wing extremists. Only a few days before the election is announced, Parliament votes to ban polls in the last fifty days before the election. The driving force behind the vote is the ruling Smer-SD. The ban is criticized by analysts as a way of manipulating voters.

Thousands of Slovaks go out and demonstrate in the capital Bratislava and other cities after new revelations about extensive corruption deals. The disclosures have been made during the police’s work investigating the murder of journalist Ján Kuciak 2018. Kuciak worked to expose high-level corruption. According to the police, corrupt prosecutors help criminal suspected entrepreneurs get away with justice and powerful oligarchs buy government assignments or acquire state property directly from politicians. The country’s media has, among other things, come across tape recordings from the security service which seems to prove that bribes were involved when government property was sold to companies in Germany and other companies in Western countries during 2005 and 2006.

A vote of no confidence fails

Prime Minister Peter Pellegrini survives a vote of no confidence in Parliament. The opposition parties who initiated the vote wanted to answer Pellegrini for failing to dismiss the country’s Deputy Minister of Justice, Monika Jankovska. The minister is accused of having been in contact with the businessman suspected of having ordered the murder of journalist Ján Kuciak in February 2018. Pellegrini said the suspicions were not confirmed and refused to dismiss Jankovksá. In the end she resigned herself when the pressure on her became too great. 62 MEPs voted to dismiss Pellegrini. 131 voted against the proposal.

Member of Parliament Milan Mazurek is deprived of his seat in parliament after the Supreme Court ruled that he was guilty of incitement against people. Mazurek, who belongs to the right-wing extremist party L’SNS, in a radio broadcast in 2016 called the country’s Roma for parasites and said they waged terror against decent people. The legal process has been going on for more than two years. Mazurek is also sentenced to pay a fine of the equivalent of EUR 10,000 and he is forbidden to stand in the next parliamentary elections. In a comment on Facebook, the former prime minister and leader of the ruling Smer SD, Robet Fico, criticizes the verdict against Mazurek and calls it “hypocrisy”. “Mazurek says just what everyone thinks,” writes Fico, saying that the verdict gives the right-wing extremists wind in the sails. Rico’s statement faces sharp criticism both within the government and the opposition. Prosecutors initiate an investigation to find out if even Fico has been guilty of hate against people group but the investigation does not lead to prosecution.

Two days after he handed over the presidential post to Zuzana Čaputová, Andrej Kiska announces that he has founded a new party for the people (Za ludi). Co-founder is Juraj Šeliga, one of the organizers of the big demonstrations against the government that took place after the murder of journalist Ján Kuciak in February 2018. Kiska describes his new party as a middle party and says he wants to work with the other opposition parties to defeat it current government in the upcoming parliamentary elections 2020.

The election to the European Parliament represents a setback for the ruling Smer-SD, who will see himself beaten in a first-year election in 15 years. Winner makes an alliance between incoming President Zuzana Čaputová’s Party of Progressive Slovakia and a newly formed Party Together – Civil Rights. The alliance receives just over 20 percent of the vote and 4 of the 13 mandates that are at stake. Smer-SD wins almost 16 percent of the vote and receives 3 seats. In third place, the right extremes L’SNS comes with 12 percent, which gives 2 mandates. Just over 22 percent of voters vote. It is the highest figure so far at an EU election in Slovakia but the lowest figure in the EU.

The president stops the national anthem

President Kiska vetoes a law prohibiting the performance of other countries’ national songs at public events. Kiska is acting on behalf of some Hungarian minority MPs who said it voted for the law “by mistake”. The country’s Hungarians often sing the Hungarian national anthem in connection with football matches and other events. Kiska says the law is not compatible with a rule of law. The law proposed by the Nationalist Party SNS is now sent back to Parliament which can either accept the president’s veto or repeal it.

Abbreviated as SVK by Abbreviationfinder, the Slovakians are voting for change and the new Zuzana Čaputová wins by a significant margin in the second round of the presidential election. Čaputová wins 58.4 percent of the vote. Her opponent, EU Commissioner Maroš Šefčovič, gets just over 41.6 percent. (In the first round of the elections on March 16, they received 40.6 and 18.7 percent, respectively). Čaputová takes office on June 15. Her victory represents a setback for the reigning Smer-SD who has supported Šefčovič. The 45-year-old Čaputová is a lawyer for the profession and one of the leaders of the small Liberal Party Progressive Slovakia. When installed on June 15, she becomes the country’s first female president. Čaputová has a past as an environmental activist and has quite recently entered politics. Unlike Šefčovič, who went to election with a campaign that emphasized stability and traditional Christian values, Čaputová has participated in the mass protests held after the murder of journalist Ján Kuciak and demanded change. During the election campaign, Čaputová promised that she, as president, would fight for a better functioning justice system. Environmental programs and better care for the elderly were also included in her program. Čaputová won the largest support in urban areas, but also gained a majority in the more conservative countryside despite its liberal views on abortion and homosexuals.

Businessman is charged with journalist murder

The businessman and multi-millionaire Marián Kočner is charged with being the one who ultimately ordered the murder of journalist Ján Kuciak. According to the prosecutor, Kočner wanted to get Kuciak out of the way because he was investigating suspected irregularities in Kočner’s business. Later, four more people are indicted for involvement in the murder, including Kočner’s interpreter Alena Zsuzsová.

Thousands of Slovaks participate in events to mark the year since the murder of journalist Ján Kuciak and his fiancee (see February 25, 2018). According to the organizers, 30,000 people train in Bratislava. Manifestations are also held in dozens of other cities in the country. Kuciak was murdered when he investigated suspicions of links between Italian mafia and Slovak politicians. The murders triggered widespread protests in the country and led to the government’s departure.