Abbreviated as SLO by Abbreviationfinder, Slovenia is a stable democracy where fundamental freedoms and rights are well respected, not least compared to the other former Yugoslav republics. However, there are some problems with high-level corruption and journalists can be sentenced to prison for slander.

Slovenia ranks well in political and civil rights rankings. In the Freedom House compilation, the country is on a par with Germany and receives the grade “full democracy”. The elections are conducted under free and fair conditions, the electoral authority is independent and there are no obstacles for political parties to act freely.

In Transparency International’s index of corruption levels, Slovenia ranks 35th out of 180 countries (see full list here). It is significantly better even than the 63rd place occupied by neighboring Croatia, also a former Yugoslav republic which, like Slovenia, is now an EU member.

The corruption that occurs mainly concerns conflicts of interest in connection with public procurement. Two of the country’s leading politicians, Prime Minister Janez Janša and Ljubljana’s mayor Zoran Janković, have been charged with bribery. Janša has also been sentenced to prison, but later the sentence was annulled.

One notable human rights issue concerns more than 25,000 people who, after independence in 1991, were eliminated from the population registers because they did not apply for citizenship when the new state was formed. These were Roma and other non-Slovenes (mainly Serbs, Croats and Bosniaks). The “purged” stood for many years alongside the community. They had major problems getting jobs and housing and were not included in the pension and social insurance systems.

The Constitutional Court ruled in both 1999 and 2003 that those affected would regain their rights. However, in a 2004 referendum, 95 percent of voters voted against allowing citizens who were deleted from the registers to obtain citizenship. The turnout was low and the referendum was only advisory, but the opposition helped the process to drag on over time. Those who were still waiting for information were granted citizenship in 2010, and after two rulings in the European Court of Human Rights, in 2013 Parliament decided on damages to those affected. Nevertheless, the issue continued to be delayed.

The constitution guarantees freedom of expression and media and for the most part journalists can work without being subjected to political pressure. However, journalists may be required to reveal their sources and slander is not completely decriminalized.

Slovenian media were the most outspoken in former Yugoslavia and played an important role as Slovenia embarked on the path to independence in the late 1980s. A military trial in 1988 against, among other things, journalists from the journal Mladina triggered the first demands for self-government.

In 2020, Slovenia is ranked 32 out of 180 countries in Reporters Without Borders index of freedom of the press in the world countries and has thus passed both France and the UK (for the full list see here).

However, media freedom has deteriorated in recent years. Journalists can, among other things, be prosecuted for publishing classified material. A journalist for the Delo newspaper was indicted after she wrote about links between a neo-Nazi group and the Slovenian Democratic Party (SDS), information that the intelligence service claimed was secretly stamped. Prosecutors laid down the case in 2015 but ruled that the journalist was “guilty”, although she herself said she had been given the information legally.

In the same year, a law was passed which meant that prosecution cases had to be pursued by individual persons, which raised the bar slightly compared to earlier when prosecutors could run the cases themselves. However, those convicted of slander still run the risk of imprisonment.

According to a 2006 law, anyone who feels offended by an article can request a “correction” before the same newspaper.

It is common for politicians to sue journalists and verbally give up on them in public. On at least two occasions in 2018, journalists were also physically accosted and the number of threats made against media representatives increased.

Regime-critical newspapers sometimes also find it difficult to attract ads, which leads to some self-censorship among the writers.

The judiciary is independent, but staff shortages lead to long waiting times when matters are to be dealt with. Although some overcrowding may occur in the country’s prisons, they maintain the standard prescribed by international standards. The death penalty has been abolished since 1990.

There is an ombudsman who is responsible for ensuring that human rights are respected. Complaints against the police, which are usually about unjustified violence or inefficiency, are dealt with by a special council which also represents civil society (for example, NGOs). 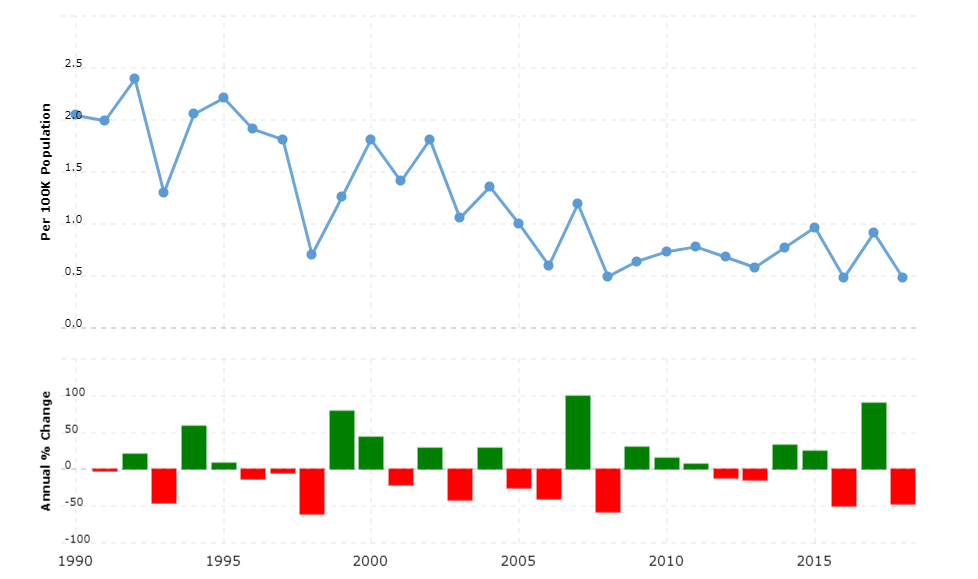 Slovenia and Croatia agree to hand over the border dispute in the Gulf of Piran to international arbitration. Thus, Slovenia stops blocking Croatia’s negotiations for EU membership.

Elections to the European Parliament

In elections to the European Parliament, SD and SDS receive two seats each, while NSI, LDS and Zares each receive one. The turnout is 28 percent.

Yes to Croatia in NATO

As the last state in the NATO alliance, Slovenia ratifies Croatia’s membership of NATO. A dispute with Croatia over the border in the Gulf of Piran is the reason why the process has dragged on over time.

Pahor will take over as prime minister in a government made up of the Social Democrats, the LDS, Social Liberal Slovenia for real (Zares) and the Desus retirement party.

Even in parliamentary elections

The result in the parliamentary elections will be very even between the Social Democrats (SD), who receive 30.5 percent of the vote and 29 seats, and Prime Minister Janez Janšas SDS, which reaches 29.3 percent and gets 28 seats.